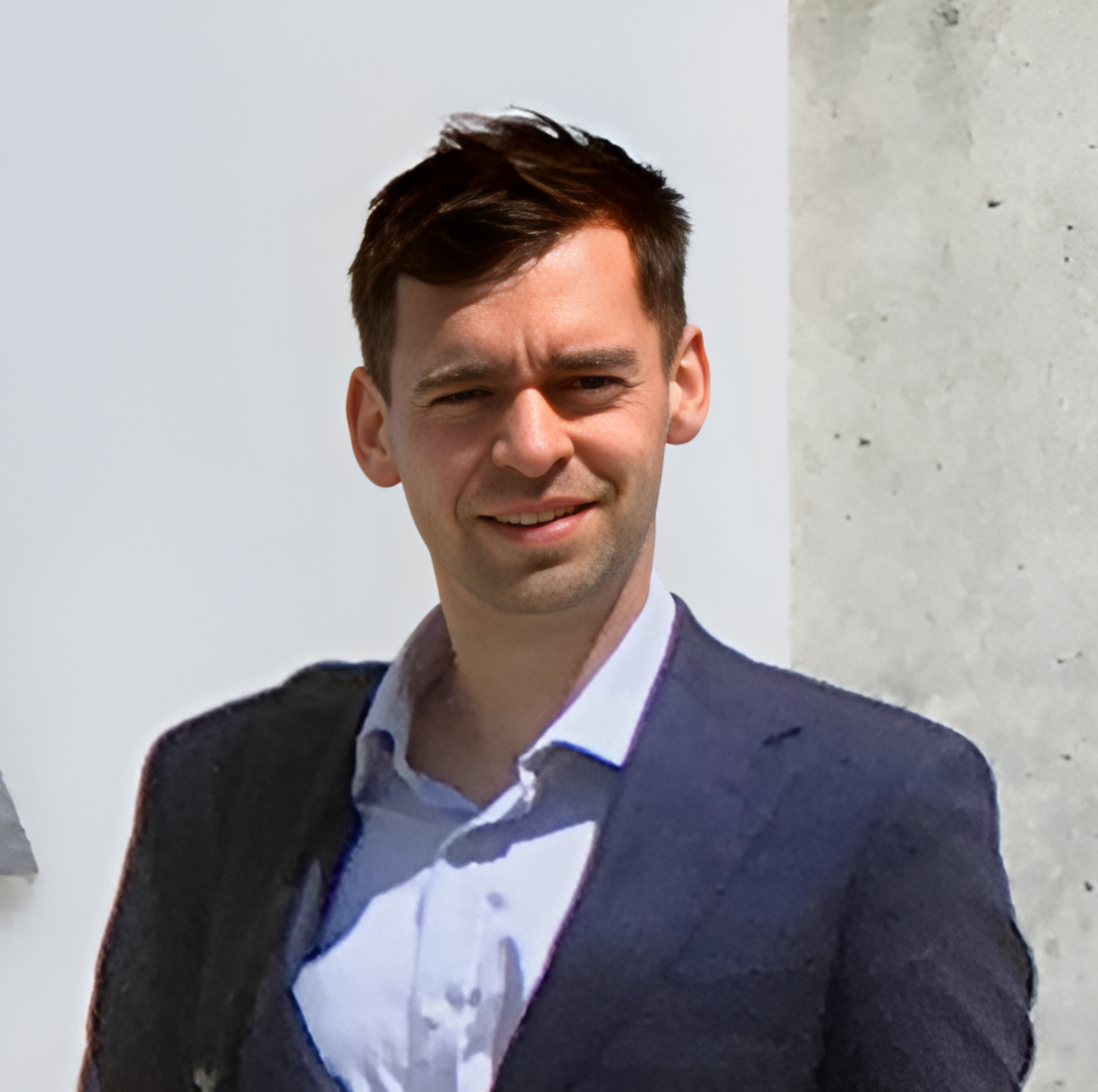 This is Part Two in a four-article series documenting UNICON’s Team Development Conference 2020, with Parts One, Three, and Four found here.

"Intelligence is a short-hand,” posits Dean Khagram, setting out the theme for day two of UNICON’s team development conference 2020. “Whatever language you prefer to use, we are talking about: competencies, fluencies, skillsets—including social, and emotional, and environmental, and psychological, and global mindsets. What are the range of intelligences that are increasingly needed of us, and wanted by organizations and professionals around the world?”

As with each themed day of this global conference, the theme of ‘Intelligence’ is a route in to the wider challenge—and indeed to the raison d'être of UNICON—which is the shaping of executive education via convening so many committed representatives of its member schools, and the collective intellectual horsepower, creativity and dynamism inherent in doing that. And as with each day too, there are two vast, looming contextual factors at play. One is the global pandemic and ensuing fallout—from the economy to the environment, with no section of society left untouched—and two, the reddening dawn of a 4th Industrial Revolution, with all the complexity and opportunity that promises to bring.

“The first Industrial Revolution was powered by the steam engine,” says Dean Khagram, “the second one by the automobile, the third by the internet and personal computer, and now today in the 4th Industrial Revolution we have at least twelve interacting technologies. From AI, to AR and VR, bio-technology, blockchain and distributed ledger, geoengineering, this is the most complex combination of transformative technologies ever witnessed in our planetary and human history. They provide us with untold potential. But what we know about previous industrial revolutions is that they are not just technological transformations, there are cultural transformations, social, economic and political transformations.”

As one panellist, Michelle Senecal de Fonseca, Area Vice President of Citrix in London, puts it, “The speed of change will never be as slow as it is today. The law of accelerating returns means the rate of change is actually accelerating. So, in the 21st Century you won’t get 100 years of progress, you’re going to get 20,000 years of progress.” What does that do to organizations, to the workforce, to leaders—and what does it mean for executive education as it looks to evolve to meet such rapidly changing needs?

The multivarious ‘intelligences’ Dean Khagram urges conference to explore will be key. One important such intelligence, and one that has become synonymous with UNICON, is the market and industry intelligence of their annual benchmarking survey. This is the data gathering and synthesising which allows member schools to look at macro trends year on year and uncover opportunities for growth. Much of the benchmarking data is confidential and thus will not be covered in detail here, however, it is illuminating to see how this data is used as a jump-off point for deeper dives into the underlying trends and challenges observable in the survey’s findings. At the conference, this included breakout roundtables tracked separately for Director level, Business Development level, and Operations level delegates. Eric R Bergemann, Senior Director of Executive Programs at MIT Sloan School of Management and Nora Anderson, Executive Director of Executive Education at the University of Minnesota, who together head up the benchmarking committee at UNICON, jointly presented the findings, with Anderson noting that, “There has never been a year like this before in which executive education units have had to change so much in such a short period of time.”

In the second part of Day Two, a plenary of expert panellists probed into the intelligences and competencies that were, for them, most vital to meeting the demands of the future of work, as well as exploring in closer detail executive education’s role in building those intelligences with their clients.

Rebeca Hwang, Professor of Practice at Thunderbird, Senior Director for Thunderbird’s new Global Center for Family Business and Entrepreneurship, and one of the MIT Tech Review’s ‘top 35 under 35 global innovators’, offered a stimulating set of perspectives on the subject. For Hwang, perhaps unsurprisingly, the foremost intelligence executive education should foster is an entrepreneurial mindset. “I think entrepreneurship has to be one of the staple skillsets we teach everyone. We tend to associate the entrepreneurial mindset with the creation of original ideas. A big part of it though is the art of listening—being able to look at data, at customer development, and then to introspect.”

How teachable are these skills? “The skill is to create a synthesis out of information that at first sight may be contradictory or confusing, and come back with a path forward that makes sense in the conditions of uncertainty that you face. That really is the job of the entrepreneur, to be able to interpret reality in a way that is constructive. We have to help leaders and execs with how best to compile and integrate this data into a path that can bring some stability to the uncertainty that surrounds them.” Or, as Hwang adds, to change path entirely. “Another part of entrepreneurship is the art of pivoting. The art of reinvention and changing course when that makes sense. The best start-ups are the ones that change at the right time, and that process is very difficult.”

Magdalena Nowicka Mook, CEO at the International Coaching Federation selects self-awareness as her key intelligence for the education of leaders. “Be prepared to be unprepared,” she councils, “We have a tendency towards having all the answers—we don’t. For decades, the executive has been looked at as the one with all the answers. It is not that they don’t have the answer, it’s that the answer is a moving target.”

“Organizations that invite coaching in, are building that muscle of self-awareness, and self-knowing,” she continues. “It’s the realisation that sometimes it’s going to be messy, sometimes it’s not all going to go right—and that’s OK.”

For Sofian Lamali, Global Head of Leadership Development and Executive Succession Planning at SABIC, the key intelligence to teach for the 4th Industrial Revolution, is curiosity. “In a VUCA world you don’t have all the answers. What you do, in order to solve increasingly complex problems, the first thing you need to do is be more curious. We were all born curious, but over time we tend to lose it. We need to get back to that. Organizations need to create space for that, to encourage and reward it.”

Another reflection from Professor Rebeca Hwang is the notion of ‘extreme empathy’. “Empathy is different to compassion. It’s not about trying to understand what someone is going through. It’s saying, ‘I want to dissect and understand what are the fears, motivations, and incentives this person has, because I want to instil in them a feeling—to be excited, to fall in love, to feel passion and determination.’ If you, as a leader, focus on what you want to accomplish with those feelings and emotions in your employees then the results will be: creativity, productivity, original thinking, persistence—all those things. Instead of saying, ‘I want to create a good product that my client is going to buy and rate 9/10 on Amazon’, think: ‘I want clients to feel happy’, or ‘I want clients to feel wowed’—and when you focus on that empathy, that is when you succeed.”

For Maria Anguiano, Senior VP of Strategy at Arizona State University, the answer lies in a new set of fundamental intelligences, “For me there are three absolutely foundational skills needed to thrive in the 21st Century. Number one is learning how to learn. We are going to have to learn for the rest of our lives, as the pace of change accelerates. Number two is resilience, and number three is well-being—both are critical. We can inject all sorts of other competencies on top, but those are my three fundamentals.”

Finally, from Dean Khagram, an insight from industry that hints at another critical form of intelligence, especially key in relation to the future of executive education and its unique advantages. “This was from a conversation with a CEO, who said to me; ‘Real-time learning, rapid learning, on demand learning, we want to go quicker, and we want multiple ways to get access—Sanjeev—we’re with you, that’s what we need!—we need learning on time. But, there’s something else too: what I am trying to figure out is how to create the reflective space, that my staff need, to go with that. What executive education does at its best is create that time to reflect and for introspection, and that is how our people become a better part of our organization.’ How can we create that time for reflection in a digital world?” asks Dean Khagram.