Being Prepared for Blockchain

St. Gallen’s Julio Prina deciphers some of the jargon behind Blockchain

The advent of Big Data, AI, Industry 4.0 and other digitalization disruptions which should be positive sources of motivation for businesses can often be presented and received with fear and foreboding – leading to inertia.

To avoid this fear, leaders should encourage their employees to focus on the technology that can really add value now. While at the same time keeping an eye on the big picture and the developments that are likely to affect the organization and its customers in future.

Blockchain and the jargon surrounding it falls into this category. It is a complex, mind-stretching technology – almost designed to generate fear – that may not need instant attention but will soon affect businesses of all types and sizes – and you need to be aware of.

In this accessible article Julio Prina of the Executive School, St. Gallen University, frames the Blockchain big picture and offers some help to the worried and confused:

The astounding rise of Bitcoins’ value led to a wave of discussion about the merits, the dangers and the future of cryptocurrencies. Most articles in mainstream media focus on its financial aspects, whether Bitcoins produce social value or if they are yet another speculative bubble. The technology behind it receives much less attention, apart from a rapid mention: “Blockchains, decentral run ledgers, power Bitcoins transactions…” But behind this simplified description there stands a complex environment, baffling to lay people and even tech-savvy individuals alike.

Forks you won’t eat with

Blockchain technology is the physical representation of the everlasting battle between central and decentral systems. At the moment it enables a decentral system of self-regulated ledgers, into which all transactions are recorded and transparent to all participants: much like if we all carried a little paper with us, which told who owned whom what, since when. These little papers are what is called smart contracts. A bundle of such transactions forms a block and with each new block we finally have the blockchain.

Although smart contracts can be used in a number of different ways, their uses are not always obvious. The general talk about ‘the Bitcoin’, as if it was the only use, is misleading. Bitcoin is a blockchain whose sole transaction capacity is monetary. Ethereum, on the other hand, enables more complex smart contracts, and other coins and blockchains are popping up with a number of new features.

Blockchain technology and the smart contracts it supports are at the end of the day code. It is like saying that every link of the chain is minted the moment someone needs it. Perhaps someone wants to mint it with brass, while another person uses iron. How does the chain logic decide, which material is the correct one, and which link? How does it know that the link before it was made of the correct material? That is where the ‘hash’ algorithms come in. On the one hand blockchains must be coded so as to make verification of previous blocks easy, on the other hand, creating a new block, and therefore a new version of the truth, must be a difficult and rigorous process.

As far as the verification part goes, here the tyranny-of-the-majority aspect of blockchains becomes apparent: only that which is supported by the majority will continue the chain. But what about people that decide they like the brass chain? They may decide to keep using it and move away from the original chain. That is what happened to the original Ethereum coin which now has two types of the ‘one Ethereum’ self.

Imagine that a neighbourhood of yours decides they prefer from now on to trade with Monopoly money instead of real money, and that all transactions after a given time need to be done in that new currency. That is a simplified way of how that works. A fork in the way. Forks can be pushed by users or by the community as well. Most (soft) forks work as updates to a ongoing chain, with the intention of improving the current code and for example fixing a security issue. But sometimes scammers try to force their code into the chain, and here decentralization shows its power: if most users doubt a fork’s seriousness, they can stop it. One might think though… and if most of the block building subjects agree to a scam? This is where the 51% comes in.

Although that is not really true in life, despite what movies show, owning 51% of the block creating, i.e. mining, power of a block chain is in theory enough to enable the controlling entity to control of the chain and thus define what is its final truth. Block chains are protected against these kind of attacks by their own structure: every link carries with it the ‘hash’, a mark of the block before it, therefore making it very costly for would-be 51%ers to convert all the blocks necessary to create the new valid reality.

A 51% attack is but one risk that blockchains face, as the technology matures so will the methods to attack it. This leads to discussions in specialized or public forums in a very heated manner. It is such a new technology that a lot of fear, uncertainty and doubt (i.e. FUD) surrounds it. FUD is the term used to describe a given analysis of the block chain or cryptocurrency discussion as merely fear inducing, instead of constructive. 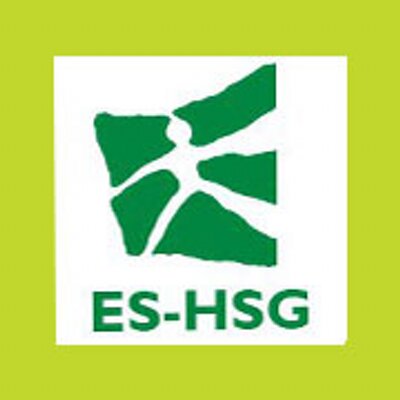