Imagine being a lawyer and pondering, for your next fee account, the question: If a monkey has taken a selfie, who owns the image? 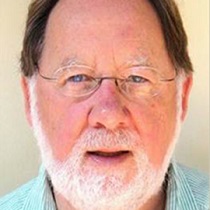 In the first week of the silly season, the American Inquisitr has the headline “Monkey Selfie Provokes Lawsuit, Widens Neuroscience Enquiry.”

A nature photographer, David Slater, apparently left a camera unattended somewhere in Indonesia.  A crested black macaque monkey seized it and snapped himself. For those who think selfies can only come from smart phones an element of doubt about the whole story creeps in here.

But let’s give credence to the monkey for a moment. Somehow the monkey took a very engaging self-portrait.  Not only did the portrait go viral on Wikipedia Commons it started a trend for monkey selfies. They proliferate.

Maybe there is going to be a monkey class action because lawyers got involved when a news agency claimed it held the license to the selfie in question and required payment from all those using its image. But isn’t there a question as to whether the monkey could really have given consent for the licence? If the lawyers argue that it could have done then it says not a lot for their general view of their clients.

The owner of the camera also claims the image belongs to him because it was taken on his camera.  He is the licensor of the news agency.  But did he seek the monkey’s permission before exploiting the image? Now that all animals are slowly being given human rights status, and bearing in mind that inanimate objects are energy users too, doesn’t the camera have some rights in this? After all, the camera will have had all kinds of intelligent design embedded within it and might be the true owner of the image.

So where is the neuroscience in all this? Well, as reported, it turns out to be a well-established but little-known fact that humans prefer to snap their right cheek when using a smart phone, whilst artists painting the human figure more usually paint the left. Bearing in mind the different functions of the hemispheres of the brain it is in the left cheek that more emotional expression might reside, coming from the right side of the brain, and so perhaps making that side of greater intuitive interest to the artist.

Maybe the preference for right cheek selfies arises simply from the fact that the majority of people are right-handed and getting a left cheek shot from a right-hand-held iPhone is not an easy manoeuvre. The screen is difficult to see, trying to snap the left cheek right-handedly, unless one has unusual eye dexterity. It is a PhD probably not worth pursuing.

But right and left sides are not insignificant. A study in Sweden some years ago established in a very large population of mothers that, when controlled for handedness, a substantial majority (over 80%) preferentially carry a baby in their crooked left arm.

It used to be thought that this put the baby close to the sound of the mother’s beating heart, which is typically soothing for a baby through having known the same beating rhythms for the six months before it was born. And this may be true. But another fact is even more important. Cradled in the mother’s left arm means that the baby’s left eye and left ear are the main routes in for sensory stimulation; and those go straight to the right, emotional brain. As a mother’s key task in early infancy is to communicate emotionally with her baby, carrying a child in such a position maximizes the means of doing that.

In her splendidly illustrated book The Human Brain, Rita Carter has a very telling picture of President Nixon.  The face has been divided into halves, and each half combined with a mirror image of itself to create a whole face.  A brilliant lawyer as student, Nixon’s ‘right’ face (left brain, cognitive) looks alert and interesting.  Paranoid and fatally flawed in his judgements, the ‘left’ face (right brain, emotional) shows a snake in a suit.

It’s a quiet way of scanning a face that a leader might enjoy, contrasting the left and right sides.  As for selfies, they can perhaps best be left as a monkey puzzle.